Mads Andersen, One of the Best Poker Players from Denmark Travelling All Over the World 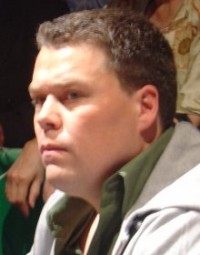 Mads Andersen is one of the best backgammon and poker players from Denmark. He was born on August 10, 1970 and grew up in Gentofte, which is near Copenhagen.

He started playing backgammon and poker in early age. In the 1990s he met Gus Hansen in Vestebro, one of the districts of Copenhagen. At the end of 1990s he moved to New York to seek a better life. He started a professional career in backgammon.

As in 1990s poker was not as popular as now, he played backgammon at the Ace Point Club in New York. In 2002 Mads showed up at the World Cup of Backgammon and showed his professional skills. He also won the EPT Scandinavian Open in 2006 and $1000 PLO Jack Binion World Poker Open in 2005.